I wouldn't say guitar loops was 'enjoyable' in terms of the music, I think it is very clever- making drum souds etc, and that it is one continuous take

after looking at FM Spaceman's thread re: f.buttons got me thinking about the non-spz releases- original and 'remixes' etc. my favourite is silent sound as it is very beautiful and guitar loops as kit is very clever.

A special edition of 'Isn't Anything' was hidden in some orders My Bloody Valentine recently released ‘all analog’ reissues of their ‘Isn’t Anything’ and ‘Loveless’ albums, with the band including a special surprise for certain lucky fans. An “alternative cut and pressing” of ‘Isn’t Anything’ was in...

do you think spiritualized care about their fans

http://www.nme.com/news/music/new-johnny-cash-album-announced-featuring-chris-cornell-2238526 'Forever Words' is based on the poetry of Cash. Previously undiscovered poems and lyrics written by Johnny Cash have been turned into a new collaborative album titled ”Johnny Cash: Forever Words’ with new ...

I've long given up on having any semblance of an expectation that I can keep a proverbial finger on the modern pulse of music trends. me too. it was more of a point as they promote their albums to kids etc and Spz can't even be bothered to interact with their fans other than to say an album is old ...

no reply as of yet from the band. anyone tired to email/facebook the (old?) record label? I would but I can't be arsed now!

Wondering what we'll get 1st...
A new Spiritualized® album or a new Beatles album by the original band

I think Of Montreal are 'bigger' than Spz now

interesting stuff, Good research. - I wonder if HMV had a title for it, when it was on pre-order? . the lady said she thought it had been 'burnt wings' but had been relisted as Spiritualized New Album. she was a fan of the band preorder from september i think she said, but i was too stunned to catc...

I see there's a mother/daughter combination in Jane Birkin and charlotte gainsbourg!

It was meant to come out on Bella Union IIRC. They are no longer listed among the label's artists though. I've had two attempts to ask Simon Raymonde about it (and my mate made a third) with zero joy. I expect to walk into Probe and just find it in the new release racks all of a sudden only to be l...

how do you know this? it was only confirmed on social media from the band an hour ago!

may your soul always be spiritualized!

howdy, as we are the last to hear anything here I went to HMV to ask them when it was due. they said it should have been out 15th December but it never came in. they phoned the supplier who said that the record label had withdrawn the entire catalogue of spiritualized which, the lady in HMV said pro...

there's a long feature on them in Uncut

with a link to...! http://www.nme.com/blogs/nme-blogs/ten-best-shoegaze-albums-ever-1936528?utm_content=manual&utm_campaign=socialflow&utm_source=facebook&utm_medium=social&utm_term=nme Our Top Ten albums from the Scene That Celebrated Itself, and beyond It’s no surprise that a generation adept at s... 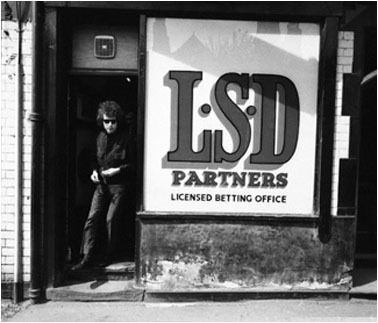 it was yesterday (surprised no one has mentioned it) wonder if he is hanging out with the American elvis now?

a present from him

Re: New 'Song Of The Day' Thread

Echo and the Bunnymen 'new' album and tour

The Liverpool band last released a full-length studio record back in 2014 with their twelfth album 'Meteorites' Echo & The Bunnymen have announced their return with a new studio album and a fresh set of UK tour dates for 2018 – check out details of both below. The veteran Liverpool-formed band last...

Re: Anyone know what Spiritualized are up to?

It was supposed to be coming out on Bella Union, but Spz had disappeared from their site the last time I looked.: what do they say about gift horses? the last bunnymen albums solo/band came out on some website where fans could bid for it and also for other things like mcculloch's used underpants or...

Re: Anyone know what Spiritualized are up to?

does he have a record label or are they of such little priority that the label goes 'we'll sell a few thousand and get our money back so who cares'? you'd think any serious label would be pissed off with constant delays

any reviews? any bootlegs?

angelsighs wrote:that weird period where Jason was sitting on the other side of the stage, and he had a tinkle on the keyboard at certain points too. never felt quite right!

Re: The Dylan Thread

it's brilliant. I found a copy online as it is beyond my reach atm but i'd happily make it part of my collection in the future

Re: The Dylan Thread

o that era is great. if he had been singing and rambling on about heroin everyone would love it, but as he uses the words God and Jesus people hate it- something that destroys lives- great, something that saves lives- bad