One of my biggest heroes.
Top

I always thought he was older, another part of my youth and musical growing has gone
Top

Not unexpected with the reports on his health recently but a blow all the same, he`s been a constant figure in my musical landscape for almost 40 yrs, singular talent and for all the Mr Grumpy stuff I always found him very funny, sad news indeed.
Top

Odd to think that there will never be another new Fall album.

Where's the sacrifice? Oh get off the cross, we need the wood.
Top 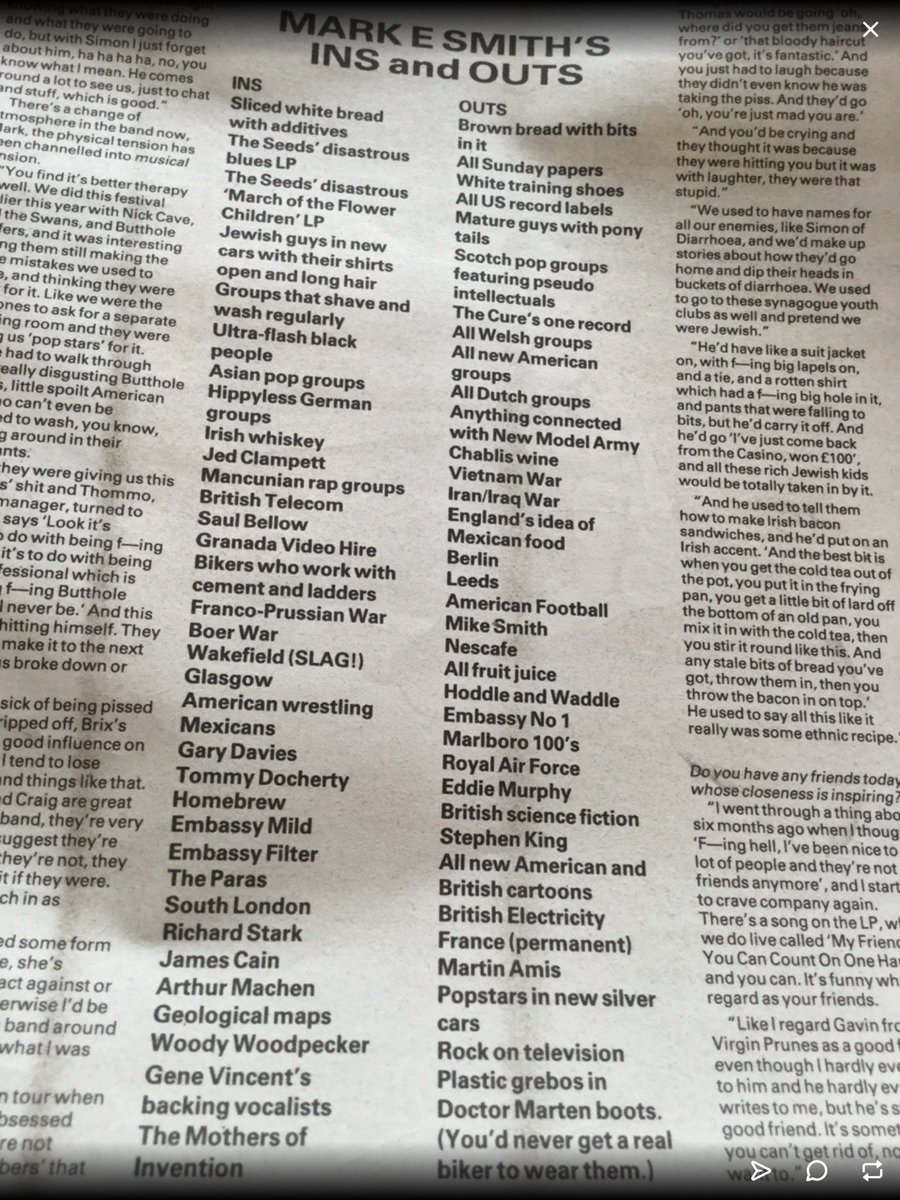 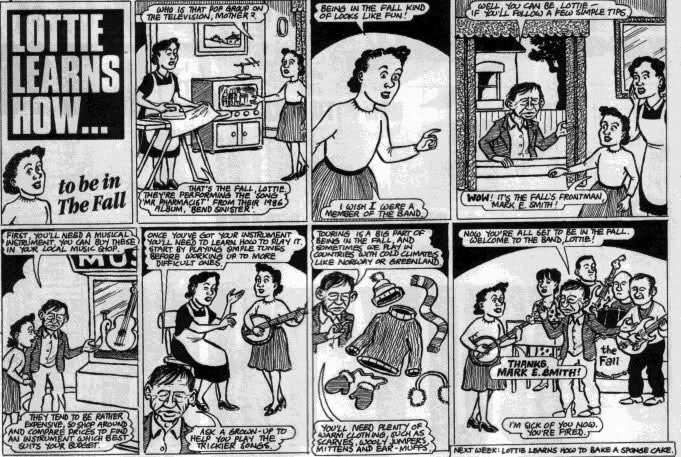 I'm listening to last night's Marc Riley show on the iPlayer right now (Episode title The Orielles, if you want to listen too). The news is broken about one and a half hours in...
Top

I don't own much Fall music, but always made a point of seeing them live when I could.

I really enjoyed the fact that you never really knew what you were going to get - sometimes astonishing, sometimes shambolic- but always compelling.

I last saw the Fall in 2016 in Bristol. Rumour was Mark had split from his wife just before the gig but, for whatever reason, he and the band delivered one of the most brutal live performances I've ever seen. I could not take my eyes off the stage for one second.Aside from his lyrics & music, Mark had something indefinable about him on stage; a bit punk, a bit rock, but not really either. Just something "other". Truly mesmeric.

I also enjoyed the fact that Mark made efforts to shake everyone - the audience, the band, himself - out of their comfort zones. Dicking around with the amps on stage. "Playing" keyboards over the keyboard parts already being played. Pissing off backstage to sing. A true original.

Mark E Smith . Never a dull moment. Arguably one of the best front men ever. Some brilliant Fall shows, some good and some pretty forgetful.
One thing you can't do is argue with the back catalogue with studio , live and compilation albums totalling over 100 .
My favourite memory of a Fall live show was back in 1993 at Portsmouth Pyramids Centre on The Infotainment Scan tour.
Privileged to have seen one of the greatest bands of the last 4 decades.
R.I.P. Mark E Smith.
Top

My love for The Fall is topped only by my love for Spiritualized and Spacemen 3. I was fortunate enough to see them live in Leeds in 2014. Loved every moment of it.

I watched 3 hours of the dreadful Rock N Roll Hall of Fame Induction Ceremony this year and they included MES in the little "People We Lost" slideshow. All the rich music industry people probably had no clue who they were looking at, but I thought it was a nice touch.
Top
Post Reply
9 posts • Page 1 of 1