For setlists, memories and bootlegs etc...

Looking forward to tonight's show in Brooklyn, hope the new songs come off well. I may be in the minority here but the new album just doesn't move me, and after reading a numerous articles about how the album was constructed it moves me even less.

Just my opinion, and I've been a fan since before there was a Spiritualized.
Top

Was this worth its own thread?
Top

Wow, maybe not, maybe it's not worth even coming here anymore. Who the fuck are you anyway, some kind of forum police?

Isn’t any show worth it’s own thread, if someone feels like creating one? Even a show in the sleepy borough of “Brooklyn,” where there can’t possibly be that many fans, given that only a few (checks notes) million people live there?

I look forward to hearing how it is. I’m catching them next week in LA, and curious about the band’s size and configuration for this tour.
Top It is a beautiful theatre, the last time I was there was to see David Bowie's Lazarus filmed performance from the London stageshow with the Lazarus band accompanying it live.

I am really looking forward to tonight
Top

There is a perfectly good reason for this thread to exist- for all you very lucky people who are going to return here and give a full report to those of us who aren't! I am extremely jealous of you all, but cannot wait to hear all about what goes down. And what a stunning venue, too. I hope you all have an amazing time, and I imagine it will be a glorious night. Enjoy!
Top

Enjoy the show, I look forward to the feedback, and that is one magnificent looking venue!
O P 8
Top

Great show.
The sound was so dialed in.
Bit bass heavy, but I don’t mind getting my teeth rattled.
Would do it again.
J’s voice sounded really really good. 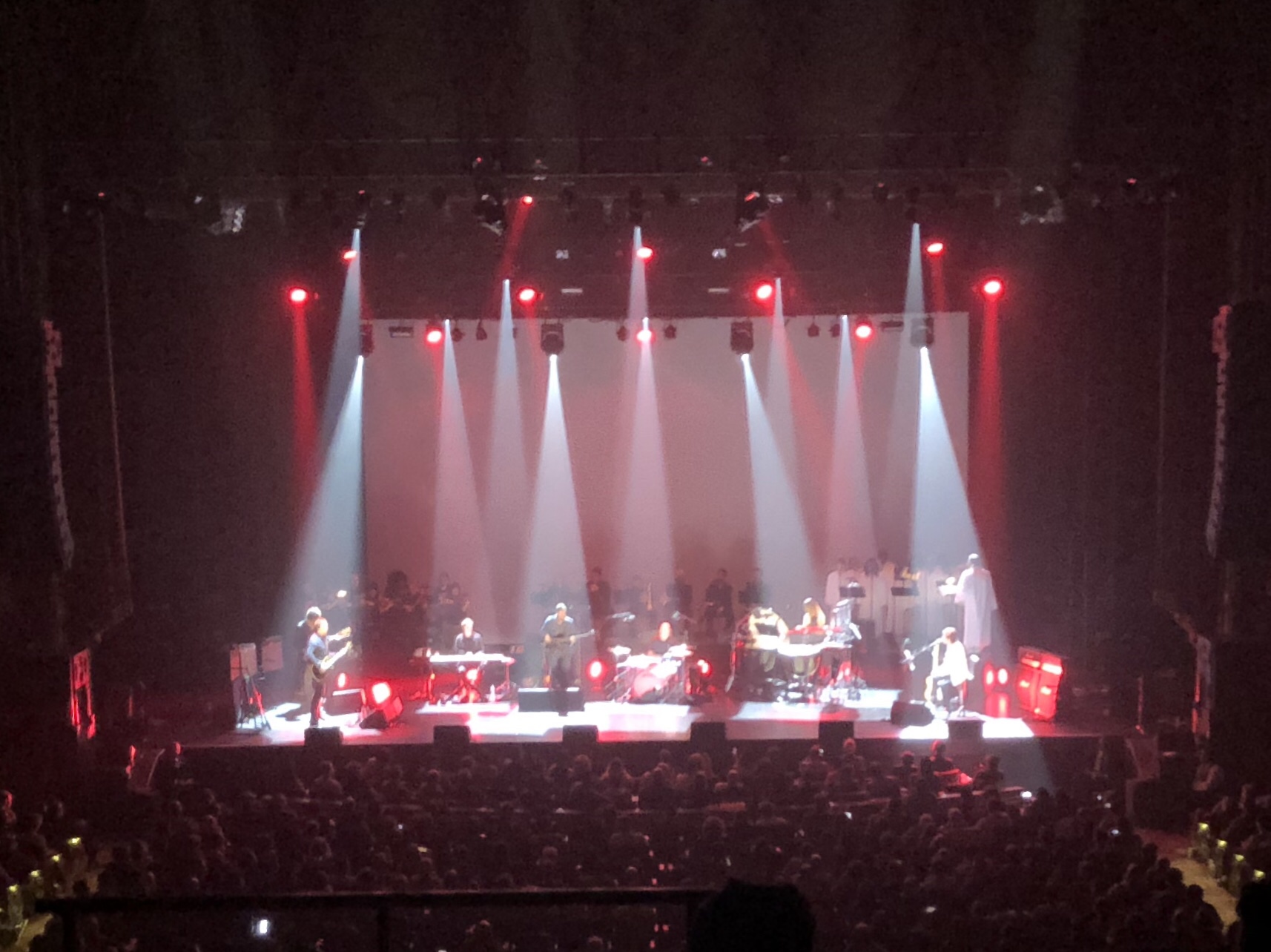 Superb show. I felt very lucky being there last night. The amount of work that goes into creating this...incredible.

I was front left and the bass was seriously intense. How great was the choir as well!

Really hope there's a good recording of this.

Was that the line-up last night? Any ideas who's playing keyboards at the moment?
Top

all i can say is that in 25 years I've been seeing this band live, that was one of the top couple performances. the orchestra and choir were top notch and the sound of the kings theater was superb. if you have a chance to go to the la show with the same group, don't miss it. if they're really losing 30 grand in these two shows, who knows if we'll see them like this again.
Top

I gotta start with how much I hated my seat.

I was too busy by the time I got my copy of ANH and things continued to be too hectic just several hours before I was flying to NY for this show. So I ended up not listening to the album or read reviews for the album or any of the previous gig of this 'tour'. I dearly regret the latter part because I was in an aisle seat in my first ever seated Spzd concert. If I had known that so many people would be walking around all over the place and getting up a dozen times within the 2 hour window for whatever reason I would have changed my seat (this show was not sold out, sadly). In smaller venues all you need to ignore is a couple photographers from music magazines during the first couple songs, but it was just regular crowds in anywhere but their seats. I happen to go to classical music concerts regularly and people I see there do not ever do this, and they're often a lot cheaper than this particular show. There were people constantly walking about or just standing - not looking at the stage - in the middle of the aisle. I had to clear my seat a dozen times for people who couldn't hold their piss/shit/whatever for 2 hours. There were three separate occasions where some latecomers would ask me or people sitting near me where their seats might be, trying desperately to be louder than the music because, well, why wouldn't you? They just want to find their seats as quickly as possible so they can get up again to get beer and come back and then get up again to take a piss. The highlight was when some poor dude got a can of beer at the concession, came back and opened the can in the middle of the aisle, and the can just exploded and got on everyone nearby, particularly a lady not too far from me. I ended up enjoying the second half of the show smelling like an IPA. I wish I could turn back time so I can get a seat in one of the boxes.

All of that aside, this was a superb show. Can't believe it's been four years since the last time I saw them (in Ohio..?). Because I didn't read any reviews, I was pleasantly surprised by the opening Hold On, and a set of 'old' songs before they started playing ANH. I remember I was particularly happy with the songs from LICD. As for the new album, I went to a few gigs back in 2013 and so a lot of the songs sounded familiar - I'm your man, Here it comes, Perfect miracle, etc. The truly new songs were amazing too. Jason's voice was incredibly clear as well.
Top

JFC, that show last night and you spend the first 3/4 of your post whining about banality? Maybe rock and roll isn't for you.
Top


what's it with this place and the growing amount of assholes? he has just as much right to review his seat as to post anyhting. you could have just, i dunno, not read it?

glad this thread was created to inform all of us unlucky enough not to be able to go!
Top

Along with the 2010 Radio City show where they did LAGWAFIS in full, this is my co-favorite of the 20 times I've seen Spiritualized over the years. The show really was beautiful in every way.

I've seen some of the individual videos posted, but has anyone found a good cut of the show direct from the soundboard? I have a rip of the Radio City show and its totally overtaken my listening to the studio cut of LAGWAFIS. I'd love to have a rip of this recent show too.

Some good pics and songs from this show here http://www.brooklynvegan.com/spirituali ... allery-1=3
Top

I took some video - all of them are on my channel: https://www.youtube.com/channel/UC1cRmd ... Rr5YGW6N7g
Top