This one is by a Christian artist I listened to growing up. It's a Biblical image, but I think it transcends. 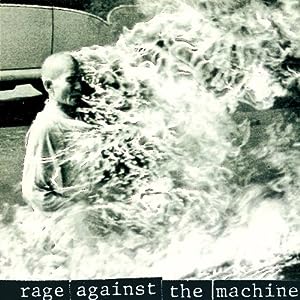 And these 3 from Rage Against the Machine. I think they hit the jackpot in choosing an image each time.
Top

Perhaps it's my contempt for their music and politics, but i personally don't think much of the rage against the machine covers. My faves are Layla & Other Assorted Love Songs, abbey road, lazer guided melodies, storm in heaven, wave by antonio carlos jobim's wave, and surely others i'm not thinking of right now.
Top 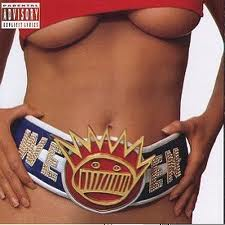 Sorry, I totally missed that!

I like this thread with attachments better.
http://www.lilmoxie.com
Detroit, Music, Sports and Other Stuff(including Spiritualized, Spacemen 3)
Top

I have always enjoyed the band "Harpers Bizarre"; and I was a bit surprised when this particular "As Time Goes By"
showed up; but, "Anything Goes"!
The last track is "Ride'm Cowboy"; I think that explains the chic Western Film attire.

(Pink Floyd's "A Saucerful of Secrets" came to mind, and a dozen more; but this was one of the more obscure.
I hope that it is not TOO piggish, as we tend to be a bit more prudish in the US for a variety of reasons;
but I do enjoy a good western. And a Great Ride).

"Everything is a Poison; it is the amount or degree that separates one Poison from another"
Paracelsus
Top

Sorry, I totally missed that!

no worries, I was just being lazy really and couldn't be bothered to type out my favourites again

Re: Favorite Album and Single Covers

There are SO MANY beautifully done packages and covers; it is difficult to pick even 1000 only!

Over the years, I have purchased many recordings FOR the artwork, and have found, (with exceptions of course), that a band that takes the time and tedium to get the artwork RIGHT, will often be a band I enjoy for their music. On the other hand, there are many examples of beautifully packaged crap.
It is interesting to see the evolution of artwork; from the simplicity of The Beatles "I Want to Hold Your Hand" b&w single, to the psychedelia of Art & Colors of say, "Oobla-dee, Obla-dah", especially the Japanese release(s), complete with accidental mispellings

; which I always find as an interesting variation, [ESPECIALLY with US and UK Releases]!

I am including here, a (color) Promo Pic Slv of the Pink Floyd's FIRST SINGLE; (the commercial releases were simply black and white) for the artwork, which is, let us say, "minimalist"; for what humble beginnings grew into; we are all probably familiar with much of Storm Thurgenson's Artwork from later years, far more complex than this simple little ["Arnold Layne" and "Let's Roll Another One" (Candy and a Currant Bun). Tower 333 preview-disc (USA)].
"The Light Kings of England, Roger, Nick, Syd, Rick THE PINK FLOYD..........Arnold Layne". (The protective Mylar has affected the tone of this image of the sleeve w/ some darkening of "PINK", but you get the Idea; Simplicity). The Image is the same on BOTH sides of the sleeve.

"Everything is a Poison; it is the amount or degree that separates one Poison from another"
Paracelsus
Top
Post Reply
9 posts • Page 1 of 1